The Dialectic in Plato’s Republic 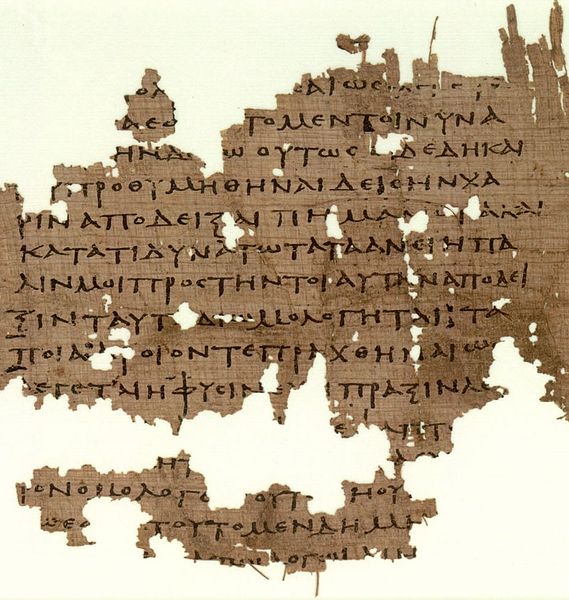 By Pierre Grimes, Ph. D.
Adapted and edited for the web by Sean P. Orfila

Philosophical Midwifery as a mode of psychotherapy is based, in part, upon Plato’s rationalism and his dialectic, both of which are explored in depth in his Republic. In the Republic, he builds an imaginary city-state as a contemplative model for the philosopher’s “ascension to reality” (521D), producing in him “the image and likeness of God” (501C).

It is this ascent that is called true philosophy. Whether the political reality of that city-state exists now or in the future is of no concern to the philosopher (592B).

To achieve that end, Plato outlines a threefold goal:

While they are all achieved through the dialectic, this article will only examine an aspect of the first: understanding the mind.

These three goals are hierarchically ordered terms that stand as model to copy. Thus, the relationship of model to copy is a leading theme in Plato’s Republic and the work itself is structured on that principle.

The divisions and qualities of the city-state are designed to be analogous to those of the human psyche (435E), and Plato acknowledges that if the basis of this analogy can be faulted, then everything in the Republic resulting from that assumption would be invalidated (437A). The human psyche, or soul of man, for Plato, has the functions of “management, rule, and deliberation” (353D).

In the sixth and seventh books both the divided-line model and the allegory of the cave manifest the controlling idea in Plato of the principle of model to copy.

In these sections the relationship of copy to model is reflected on each level: from image-thinking to belief; from understanding to knowledge; from essence to intellection; and from the Idea of the Good to the Good itself.

As the dialectician works through each level, he understands and experiences just how the copy is generated, or derived from the model, and since he grasps the essence of each, he can give an account of the structural similarity between these aspects of mind functioning and explain how it is related to reality (534B).

As the philosopher-dialectican moves through these lower levels, he discovers most directly the nature of their power, thus learning what must be controlled.

Plato carefully contrasts the two levels of what he calls opinion and intellection, because the one destroys reason and the other develops it.

As rationality is developed in the realm of intellection, or understanding-knowledge, by education, practices, and training–so too is it destroyed in the realm of opinion, or picture thinking-belief, by those imitators who only copy appearance without concern for the truth or reality of what they copy.

Plato stresses, in the tenth book, that imitators only have skill to imitate the way things appear; consequently, they lead others to believe that the appearance is real by presenting a believable image as real (601A). But to Plato, to be deceived and ignorant about what is real and to keep that in one’s mind is most loathed by all (382C); therefore, fighting against false conceptions of God and man (380A-C: 392B-C), he outlaws false metaphysics and Homeric notions of God and heroes (377B, 392B) simply because, as models, they are inadequate since any arbitrariness in the idea of God fails to show God “good in reality” (379B).

He equally warns against the corrupting influence of society, calling society the “greatest of sophists”, because of its power to corrupt good men and mold them into its own likeness; and he reveals a dynamic pattern for the inculcation of belief, familiar to Philosophical Midwifery, in describing the corrupting influence family conflicts and their effects have on the lives of the children.

Each of these corrupting influences compromises the ideal, distorts the lives of men, and when combined together in support of one another, result in what Philosophical Midwifery calls a problem.