A new paradigm shift to a Platonic world is gathering force

Among the ideas that moderns are taught to belittle and dismiss off hand are the ideas of the soul’s survival after death and the claim that when the soul is separated from the body it encounters a vivid and intelligible reality that is compassionate and just.  While these old Platonic ideas are given a artful and dramatic presentation in Plato’s Republic, in the Tale of Er, they are not part of our cultural view.  Obviously it runs counter to the scientific paradigm of knowledge that dominates our education and culture. Well, things are changing in a fundamental way. 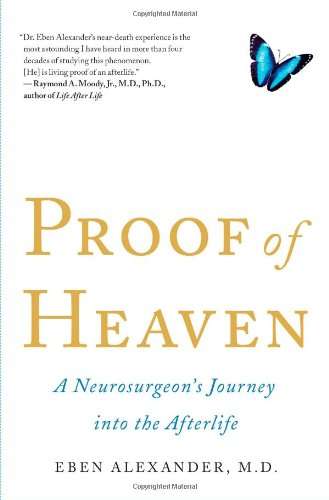 We have a new book to recommend:  Proof of Heaven, which is a scientist’s case for the afterlife  based upon his own Er-like experience, authored by Dr. Eben Alexander.  He clearly outlines his case and in doing so he discusses the weaknesses of the scientific hypotheses he had been taught. He realizes the far reaching implications of maintaining that the after-world is truly real and has its own integrity.  Not only has he come to realize that our everyday world is a reflection, but, indeed, it is a reflection of a higher, vital, compassionate multifaceted intelligible reality.
March 15, 2013